Will millenials ever have the means or guts to become entrepreneurs?

College graduates have an average student loan debt of over $37,000, the highest ever.
By Hector Barreto 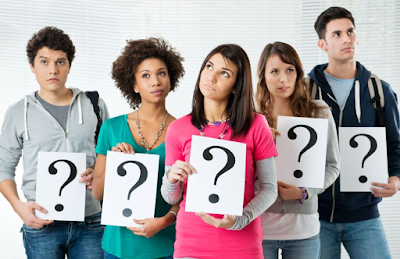 America needs more job creation, which by definition means it needs entrepreneurs. Meanwhile, the rising generation is living with mom and dad.

When the Pew Research Center recently announced that living-with-their-parents is the most popular living arrangement for 18-34 year olds for the first time in 130 years, reactions ranged from concern to eye rolling. But the societal and economic ramifications of this phenomenon are quite serious.

For example: To maintain economic strength and stability, the American economy needs a healthy percentage of each generation to do something bold, independent and important: Leverage their accumulated assets (usually home equity), embrace productive risk and become business owners.

Can we expect that enough basement-dwelling millennials will become entrepreneurs?

Think of the headwinds they face, beginning with student debt - a key driver of the living-at-home phenomenon:

Higher education and student loan expert Mark Kantrowitz says this year's college graduates will have an average student loan debt of over $37,000 - the highest ever. This staggering level of debt sets up a financial domino effect that puts the American Dream of home ownership further out of reach and, in turn, the even-bigger dream of business ownership on ice.

The decline and disappearance of small, community banks create another headwind for would-be entrepreneurs, as these institutions have been the traditional lending source for small business.

The complexity of Dodd-Frank rules are often cited as a cause for small bank closures - one of many examples illustrating the fact that Millennials live in an economic and business environment made hostile by their own government.

Another example: Since the ironically named Affordable Care Act has taken effect, the cost of health insurance for the self-employed and small-business owners has increased, in many cases dramatically. According to the National Federation of Independent Business, 63 percent of small-business owners experienced premium increases between mid-2014 and mid-2015. The result, among other things, is a powerful dis-incentive for entrepreneurship and job creation.

More evidence of a hostile environment can be found in punishing tax and regulatory policies - particularly at the federal level - which continue to send a message that our government may care about jobs, but it doesn't care (and/or understand) about job creators. The Department of Labor's recent overtime rule provided a particularly clear look into the mindset of regulators: This single rule, with its astronomical salary threshold, is onerous enough to rob some small firms of any profit at all. If you are unable to profit, there is little point in starting - or staying in - a business.

The final headwind of note is one without a clear source of blame: Our culture. Millennials have grown up in a culture that is increasingly risk-averse. We see it in everything from helicopter parenting to the extremely cautious savings-and-investment behavior that has followed the financial crisis.

The millennial generation dreams big, sure. They have an easy time imagining themselves as the next tech mogul because so many tech ventures are low-risk. Mark Zuckerburg didn't need good credit, equity in his home or a business loan to start Facebook. He just needed a laptop ... something his parents had already bought for him.

But who will be willing to take the risk needed to start a small manufacturing facility? A restaurant? A construction business? Who is dreaming of the kind of small business that requires the less exciting, traditional combination of collateral and skill, vision and guts? The kind that creates so many, necessary jobs?

For entrepreneurship to bloom, we need the millennial generation to be even more bold than their entrepreneurial forebears. They must embrace productive risk, move out of the basement, pay off their student loans on an aggressive schedule, and change their government to one that understands and appreciates the fact that job creation requires an environment favorable to small, new businesses.

It's a tall order, but this generation will also have terrific health and longevity on their side, not to mention the gifts of technology and a tolerant society that does not judge them on anything other than their merits.

If they are to become entrepreneurs and reverse the dangerous trend line of shrinking business dynamism in America, millennials will have to leverage their considerable gifts to break through daunting economic and situational barriers. If they can do it - and I hope and believe they can - they will save the American economy and change the world.

Hector Barreto, served as Small Business Administration Administrator under President George W. Bush. He is the author of "The Engine of America," which provides motivation and inspiration through the stories and ideas of business leaders across the nation.
Email ThisBlogThis!Share to TwitterShare to FacebookShare to Pinterest
Labels: Hector Barreto, Higher Education, Hispanics, Latinos, Latinos in Education, The Latino Coalition