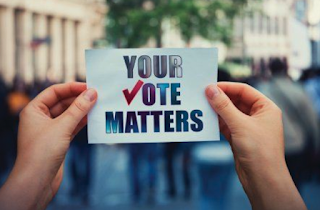 The 2022-midterm elections will be held Tuesday, June 7 in California and many voters have already received their ballots in the mail.  We will be choosing candidates in a wide array of elected positions including Governor, Constitutional Officers, a U.S. Senator, Congress members, Assembly members, State Senators, city council members, and law enforcement.  But whom should you vote for?  With so much campaign material bombarding voters, it’s easy to see why many are confused.

Newspapers and community groups and associations rely on candidate forums, interviews, and list of endorsements to recommend which candidate will deserve your vote.  Others rely on a local neighbor who appears to understand politics, so they follow his/her recommendations.  While yet others will vote for candidates based on gender, ethnicity, race, religion, LGBTQ status, skin pigmentation, or even their name.

We at SacLatino Magazine decided to make our endorsement list based on current job performance and candidate skill sets that tell us their readiness to serve in a public policy development capacity.  This is especially key considering the direction our government is headed toward along with the rough economic waters being predicted, and which groups stand to lose the most if an ill-prepared candidate is chosen.  As a result, these are SacLatino Magazine’s endorsements for the June 7th election:

Gavin Newsom.  He may not be ideal to some, but he is the best qualified from the pool of candidates.

Eleni Kounalakis.  She is sharp and could easily assume the role of Governor.  Eleni continues to do lots of outreach to the Latino community.

Rob Bonta.  Yes, some say he is too liberal, but we need to give him a chance to do the job since he was appointed and not elected.

Lanhee Chen.  He is a very trusted accountant by both parties, and although he is a registered Republican, Democrats in Southern California really like him.

TOSS UP.  Ricardo Lara and Marc Levin are running for this post, but both have significant baggage. Alex Padilla.  He is a savvy politician and his selection by Gavin Newsom to replace Kamala Harris was a great one.  Once appointed, he landed on the job running and that’s good for California and the Latino community.

Ami Bera. He’s demonstrated an ability to work both sides of the aisle, especially in health, a critical area for Californian’s Latino population.  If it’s not broken…

Doris Matsui.  In the last six years Matsui has demonstrated strength and courage to tackle some of our toughest issues facing this region.  Had she not done that, we would be running a candidate ourselves.

Roger Niello.  Moderate Republicans are important in our state legislature to balance the extremes of both parties.  Niello brings that, along with experience in good public policy development.

Angelique Ashby.  As City Council member for District 1, North Natomas, she has taken rice fields and a major flood plain and converted them today into a powerful economic engine for the city.  Sharp, energetic, methodical, strong community roots, and experience is exactly what we need.

Josh Pain.  We need new blood filled with ideas and genuine concern for the community.  We don’t need a career politician who shows up only during election time.

Ken Cooley.  Experience and rooted in the community have made him a very well liked Assembly member.  Let’s keep him in there.

Eric Guerra.  He has worked in the state legislature as a staffer and as Council member for District 5.  Eric has made our community proud by taking Stockton Boulevard to new heights of economic development and safety.  No other candidate can touch his qualifying credentials.

Thien Ho.  His experience as a prosecutor alone tells us he knows his way around the court and the justice system.  His opponent is a teacher.

Jim Cooper.  Cooper has really grown as a leader, negotiator, and public policy developer, giving him a significant edge over his opponent.  His opponent is a Trump believer.

Duke Cooney.  The County Board of Supervisors have been an embarrassment.  We absolutely need new blood in there.

Jaclyn Moreno. The County Board of Supervisors have been an embarrassment.  We absolutely need new blood in there

Lisa Kaplan.  She brings a ton of public policy experience and knowledge of the district to city hall.  Alyssa Lozano is well liked in the community but lacks the inside experience.

Karina Talamantes.  She is not only experienced in the workings of city hall, but she is very familiar of this newly created district.  Her youth makes her a ball of energy to deal with and is experienced in creating smart growth communities.

Caity Maple.  The city needs someone that has been in the trenches and understands the conditions surrounding homelessness.