Latinos and the Politics of Fracking

Fracking has taken center stage and a very hot issue among the many involved.  But who is right?
By Adrian Perez

There are many political opinions about fracking (hydraulic fracturing) in California with most voicing a concern about what it would do to the state’s already delicate environment.  But, many of these opinions lack scientific evidence, and the arguments, for or against, use terms and phrases that either install fear or confidence in fracking.  This conflict has caused confusion among Californians that may lead to an apathy that could do more harm than good to the state.
The concept of drilling deep in the earth’s crust (about 1.5 to 2 miles deep) to remove oil from rocks is not new.  This process has been around for decades.  What is new is the technique to drill at an angle and access larger pools of shale oil without drilling new and countless holes.  This new technique is what has created a renewed focus on fracking.
California’s Monterey Shale, which encompasses most of the Central Valley, could produce up to 64 percent of the nation’s oil and gas production for decades to come if fracking is allowed.  It could also produce millions of good paying jobs.  Although oil and environmental leaders have known about the region’s potential for decades, the focus has been in those states where fracking is already occurring with each site being studied by both sides to assess successes and failures.
The specific techniques to conduct fracking are unique to each company and considered trade secrets.  What is known is that the process may include chemicals that acidize the rocks.  Depending on the geology of where the fracking is taking place, determines the amount and type of acidizing (including hydrochloric acid) being used.
For the general public, this can be cause for alarm.  For the oil industry, it is a determination of meeting the nation’s energy needs and protecting the public.  For government, it has become a strategy of “catch-up,” especially since public policy has been focused at creating a “green” economy and protecting the environment, sciences that still need further development.
This year, California’s state legislature has embarked in an open debate about fracking through the efforts of Senator Fran Pavely (D-Aguora Hills), who introduced SB 4.
SB 4 is perhaps the nation’s, and possibly the world’s, first legislation that defines fracking, but more importantly, opens the topic for public discussion.
The legislation follows in the heels of Gov. Jerry Brown’s statement last year about fracking: “California is the fourth-largest oil producing state and we want to continue that.”
“I don’t think any company wants to pollute the aquifer," Brown told a group of business leaders in Los Angeles in 2012. “Because we have trial lawyers in California, and a very vigorous tort system. So I think there’s a certain self-discipline that they can operate with the management of fracking issues.”
This statement has alarmed many environmental groups, resulting in a campaign against Brown that are primarily based on ideology and not science.  Conversely, the Western States Petroleum Association has taken the Governor’s comments as a welcome to pursue fracking as an option to meet the State’s and nation’s energy needs.  However, Brown maintains an optimistic outlook to both.
“Whether it’s fracking, or whether it’s a low-carbon fuel standard, or anything else, we keep our eyes open and we’re not jumping on any ideological bandwagons,” Brown stated at a recent press conference.
California faces a multi-pronged opportunity to lead the nation and perhaps the world in addressing fracking by establishing public policy that could benefit all parties.  To accomplish this, it will need to ensure an open dialogue among all parties involved, especially the millions of Latinos inhabiting the surface of the Monterey Shale region.
In an effort to stimulate knowledge-based discussion among fellow legislators, State Assemblymember Rudy Salas (D-Bakersfield) hoped to conduct a tour of a fracking site in Bakersfield.  Unfortunately, the tour was canceled at the last minute without a satisfactory reason for some, while others figured it was political.
Will California have a chance to discuss fracking openly before it is implemented outside of Bakersfield?  Gov. Brown’s comments and the direction he has given the California Department of Conservation, Division of Oil, Gas and Geothermal Resources indicates his policy favors implementing fracking.  Sen. Pavely’s SB 4 indicates formal public policy that incorporates real dialogue about fracking before its implementation.  But, are there risks?  We will answer this question in the next article on Fracking. - SacLatino 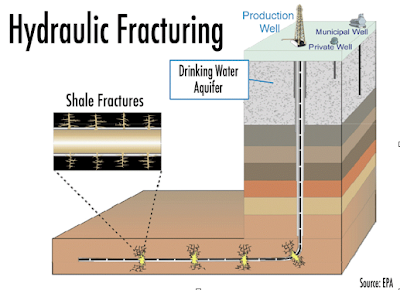