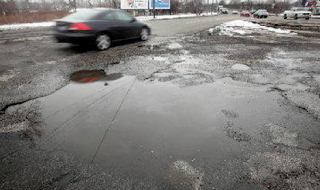 With winter approaching, we will soon be reminded of just how bad our roads are as potholes, cracks and uneven pavement become each driver’s road hazards.  As more high schoolers graduate and more enroll in college, not enough are dedicating themselves to the engineering and science fields that could make a difference in our roads of today and the future.
In their most recent survey on the nation’s road conditions, the Reason Foundation listed California as 47th worst.  Although the immediate reaction from many would be along the sarcastic line of “it figures,” a more thoughtful review can lead most to conclude that road conditions are a direct link to economics and education.
The study is a collection of information provided by each state to the federal government.  The data looks at 11 categories, including: pavement conditions on rural and urban interstates; urban traffic congestion, deficient bridges, unsafe narrow lanes, traffic fatalities, total spending per mile of state roads and administrative costs per mile.
Perhaps one of the most stark pieces of information gathered is the amount California spends per mile of road as compared to their conditions.  The state reported that it spent $679,000 per mile, one of the highest amounts paid for a mile of road in the U.S.  This expense appears very unreal when compared to North Carolina, which has the nation’s largest highway system, and only spends $41,000 per mile. 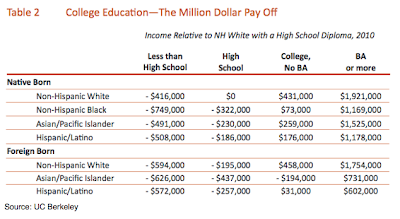 California’s transportation infrastructure is perhaps the best in the world because of added measures to ensure a safe driving experience, especially in high-earthquake and snow areas.  To ensure the roads are safe requires for the state and private construction to employ engineers and scientists that how to best design, test and repair these roads.  And, at $679 thousand per mile, it also requires quite a bit of contribution on behalf of the taxpayers.  But, as Latinos become the majority population, can roads continue to be maintained into the future?
California’s annual transportation budget is $13.5 billion for the 2013-14 fiscal year.  With that amount, the 386,604 miles of road in the state need to be repaired.  Simple math clearly shows the allotted amount is not enough, and the likelihood of applying a new tax for the shortcomings would not go over well with voters.  So what options are there?
The state’s 19+ million Latinos need to step up and assume responsibility to repair and plan what the future transportation infrastructure will look like.
For several decades, report after report have been indicating that Latinos, whose median age in the state is 27 (compared to 38 for White), need to be placed on the higher education tract.  Yet, in 2012, only 16 percent of all Latinos in California had a college associates or higher degree, a figure insufficient to meet the state’s future economic demands, while 50 percent of Whites had a college degree.  In addition, while slightly over 50 percent of elementary school children are Latino, not nearly enough pursue a college education.
According to a 2012 UC Berkeley study, persons who attain a college degree earn $1.3 million more than those with only a high school diploma.  The more an individual earns, the more they are able to contribute toward government services, including transportation.
California’s demand for college graduates in the Science, Technology, Engineering, and Math (STEM) fields is increasing and could hit 1.1 million by 2018.  Because of low Latino college enrollment, these jobs may end up being filled by an imported workforce.  It includes the over 300 thousand engineering jobs in the transportation and technology fields.
To address this growing crisis, the Society of Hispanic Professional Engineers (SHPE) has stepped up and taken the issue as a mandate.  Working with For Inspiration and Recognitions of Science and Technology (FIRST), they produced a video ad using celebrities to promote to Latino youth that science is hip.
Although SHPE is taking an aggressive approach, the fact remains that Latino students have the highest dropout rates in the state.  Moreover, the average Latino high school senior is performing math at the 8th grade level.  A concern that has been elevated to the White House.
“These facts are not obstacles for our organizations,” says SHPE CEO Pilar Montoya.  “We see these as challenges that we need to overcome by working closely with our corporate and education partners, as well as out legislative leaders.”
SHPE’s efforts, in conjunction with other programs like PUENTE, are showing improvements that will allow Californians to enjoy traveling on its many roads without concern for their safety.  - SacLatino